Before I tell you a little bit about myself, firstly let me extend a very warm welcome to my website.  Please use the Contact form to enquire or ask any questions about any of my paintings.  Note that most of them are sold unmounted and unframed.  Further details can be found in the description of each painting.  Looking forward to hearing from you.
Arthur Manton-Lowe 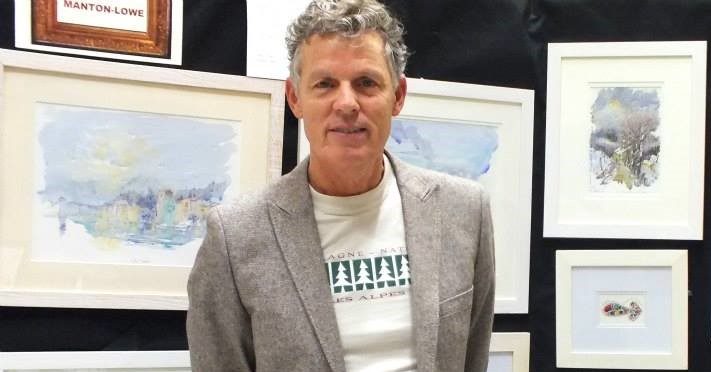 Arthur Manton-Lowe was born in Oxfordshire.  Tracing the wellspring of his artwork would mean returning to his hometown of Banbury, on the edge of the Cotswolds where, through his parents, a deep appreciation of the surrounding countryside was formed.

In his early 20s the overflow of this appreciation was manifest in his watercolour studies of butterflies.  He received a pleasant surprise and great encouragement, when taking them into a gallery to be framed in Eton, Berkshire, they asked if they could exhibit them.  From these detailed studies emerged a desire for a more expressive approach and so began his landscape paintings.

Later, and it is not known from where this arose, Arthur developed a passion for painting architecture and was later accepted into The Society of Architectural Illustration.

His very first exhibition was in Eton High St and was very nearly a sell out.  Further exhibitions followed and, after living in Lochcarron in the highlands of Scotland, he had an exhibition for the Scottish Tourist Board which was held in their premises near Trafalgar Square in London.  Three successful exhibitions followed, when he exhibited at St George’s Chapel in Windsor Castle.

In 2006 Arthur walked the Camino de Santiago de Compostela from France and this was to dramatically change his life.  On completion, he returned in the Autumn of the same year and found an abandoned barn on The Way which he purchased.  It is now restored as a home and a gallery.